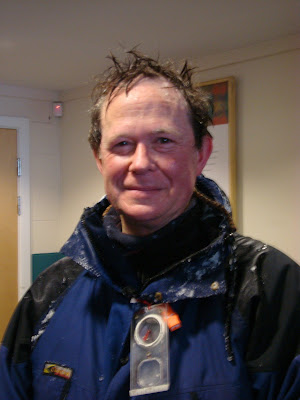 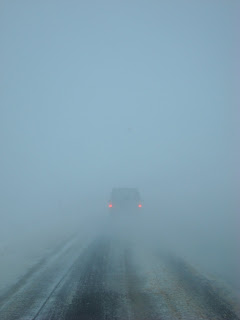 I was in Coire an-t-Sneachda on Friday 4th January as well with two young climbers - my sons Duncan (16) and Fraser (14). We turned back from just below the crags in nigh-on impossible conditions. Walking - staggering - back to the car park took forever and was not easy. In the back of my mind I kept thinking of the Bell brothers who died so close to the car park - a tragedy repeated last winter where two young Aberdeen climbers perished in similar fashion. I checked the Weather Station Statistics afterwards and could not believe what I was reading - and have since checked with a meteorological colleague. The wind and gusts were far more severe at Car Park Level than at Cairngorm Summit; and the pretty well constant gusts were fuelled and loaded with all the ices granules imaginable, gathered on the plateau. They were being dumped in Loch Morlich as far as we could make out. Curious thing about the Plateau Weather Station statitics is that for teh 4th January average speeds were 40 -50 mph gusting 60 - 70 mph. On the 9th the average speed was 70 - 80 mph with gusts up to 135mph. But because it was 3 or 4 degrees colder on the 4th the wind chill was every bit as bad as the 9th.Only one thing I would take serious issue with in all the posts on this and that is the comment about 'Winter Hillwalking'. There's no such thing. I'll quote from a piece I wrote 14 years ago - and every bit as relevant in this, the first seriously wintery start to winter in over a decade.

"A little advice to those who would 'climb, if they will'...

1) There is no such thing as winter hillwalking. Hillwalking is a summer pursuit (and in most Scottish summers, you need to be prepared for winter) IN WINTER THERE IS ONLY MOUNTAINEERING.

2) Know your limitations, and don't be afraid to say no. It ain't chicken .. it is just being realistic.

3) Turning back (indeed, not even getting out of the car) isn't an admission of defeat. Its wisdom and sound judgement coming to the fore.

4) Errors of judgement are the main apparent cause of accidents - knowledge, experience, and an ability to use both could be critical. As one of my own mentors frequently reminded me ....."The time to relax is in the pub, not at the top of the climb."

5) Individual responsibility is the name of the game. It is your life, your risk. Never abrogate that responsibility to others. Participate in the decisions, even if you feel like the dampener on enthusiasm. What you perceive as enthusiasm could be rashness. You could also spot someone else's mistake.

6) And finally a message for the experienced. Always keep on teaching. I was climbing at the weekend on the Aberdeen Sea Cliffs, and out of a habit born from much teaching of the less experienced, observed my partner mis-tie a figure of eight. "That's right ....Treat me as a novice" was my partner's response as I pointed out the error; but it was not resentment, more a wish that something he appreciated should continue."

Somehow this seemed to have a resonance to the discussions that have swirled around this post like the ice spicules did that day in Coire an-t-Sneachda. I was out Ski Touring on Beinn Bhreac on Saturday and it was gusting at 50mph all afternoon, but it seemed almost benign compared to Jan 4th.
Bob Reid
21/1/08
Posted by Bob Reid at 14:27